Book Review – The Prince and the Program, by Aldous Mercer 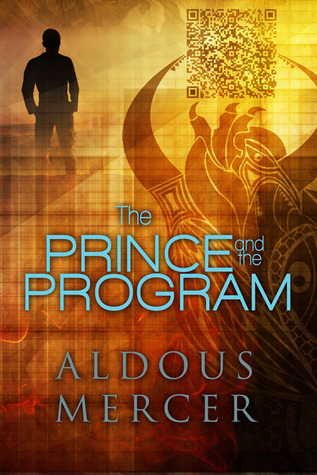 Mordred Pendragon, the Bastard Prince, has done a Bad Thing-again. Exiled to Canada for seven years, he has to find a job to pay his bills. For reasons he refuses to reveal, Mordred decides "Software Engineer" has a nice ring to it. And though experience with "killing the Once and Future King, my father" and "that time in feudal Japan" makes for a poor resume, he is hired by a small tech startup in Toronto. In the midst of dealing with a crippling caffeine addiction and learning C++, Mordred thinks he has finally found someone to anchor him to the world of the living: Alan, the company's offsite lead developer. Except that Alan might not be a "living" entity at all-he may, in fact, be the world's first strong AI. Or a demon that mistook a Windows install for the highway to Hell. Or, just maybe, the ghost of Alan Turing, currently inhabiting a laptop.


I didn’t read much of the blurb. I never do. But I saw that Mordred was the MC. And that Alan Turing had a big role. That was quite enough for me. Alan has earned some starshine.

So when the author contacted me and asked me if I wanted to read it, I said yes. At once.

What did I think of this book? Well, five stars, for starters. Duh.

Because it is Monty Python meets Douglas Adams chewing coca leaves smoking pot doing shrooms. Then it goes to a whole different level all together. Heh. I am sure I understood exactly nothing of this book, and I know I loved every second of it. Just terribly, terribly brilliant.

The author never tells you too much. At moments, he tells you too little, but he is never there to write stuff on your nose, you either get it or you don’t. (I need to vehemently stress that I mostly did not, in fact, get it. Not that it mattered in the least. Still brilliant). My intelligence was never questioned. (Except for by me myself, but that is a daily thing happening). The author took for granted that I would just strap in and follow.

And by god, I followed. All over the place. Everywhere, even through the moments where I understood nothing.

Brain-melt. That’s what this book is. My brain is now zombiefood, ready for serving.

Here is Mr. Mercer’s recipe: one part Fantasy, one part Legends, one part hot droids, one part running crazy, one part Save the world. Mix well, let simmer for hours, serve steaming hot. Decorate with artificial intelligence, shining metallic robots, androids and the occasional zombie. Add a side dish of a Final Bonus Quest with a thousand dollar reward, dead or alive. I loved it.

Why I loved it? Well, the language, of course. As usual. Seduce me with your English, please.
Here, let me show you a sentence that is nothing short of brilliant:

Instead of hurling a flamebolt at the bitch—a misbegotten chimera hatched in some wunderkind’s garage—I took a deliberate sip of coffee.

Then the author goes on to show me that this is a different and strange place. He doesn’t tell me, he shows me. Here:

It wasn’t until 28:23 that a large middle-aged man entered the room and gripped my hand in a bone-crushing handshake.

Ha, author, I see what you did there. An action sentence shows me that we are in a place where time is counted differently, but you are not writing it on my nose. Cool.

This book gave me many of the same feels I got when reading Douglas Adams for the first time, wide-eyed and smiling, with the occasional wild guffaws, and a lot of headshaking at all the crazy. Like this sentence:

…The owl returned to life and went to sleep.

I mean, seriously? Who writes that?
Oh, I guess the same man who uses Baron Samedi as one of his characters. I haven’t heard of him since 10cc.

Mr Mercer then continues to break me into little pieces with all the talk between Mori and Alan over IRC. I still remember when I got op status, and read ***Mode change “+o AnnaLund” for #Ferrari by ChanServ every time I entered the channel. Glory days. Much as gen-mai, I would proceed to kicking stupid users off my chan, banning half of them to kingdom come. (I connected from Sweden’s Swipnet, so I was holding on to the shit-end of that specific stick more often than not. If you were there, you remember. Oh, the amounts of hackers that connected through them, it was truly glorious).

And herein lies the strength of this story. Mr Mercer just tells it. You have to relate to it.

For me? This was an IRC-nerdgasm, turned to OIRC-gasm in one, small, brilliant sentence. Oh lord. I am sure I missed a plethora of interesting things, stuff that you will note, because it was part of your heritage. As I said, herein lies the strength.

There is even a sentence of redemption for the sadly mauled figure of Morgana, a line where Mordred says “Our mother was a child, caught up and betrayed by men that should have known better.” Oh, author, I do love you for that short phrase.

See? I have now talked and talked about this book, without telling you what it is about. I am very proud of this fact. Read it, and you tell me. What is it about?

Yes, this is not your normal romance. Who cares? This is a real story. It took me by the hand and ran like the wind. By pure coincidence (there is no such thing) I was in Toronto while reading most of it.

***
I was given a free copy of this book by the author, after he had read one of my reviews. He thought I’d like it. He was right. A review wasn’t promised in return.

***
Addendum to this review:

None of my girlfriends cared for the Arthurian legends. None of them read Tolkien. None of them understood my fascination with science fiction; they were all reading Green Gables or something.

You see, science fiction is my old love, my almost-forgotten love. I grew up with the ABC of Asimov/Bradbury/Clarke, and I was the only girl I knew then who loved them.

This love has been trampled and abused and almost killed during the last decades, as I haven’t found anything to stir my mind for ages.

Then suddenly, this year, 2013, three (3!) different authors suddenly swing by and make everything better. Aldous Mercer is one of them. Lisa Henry is another. And Julio-Alexi Genao is the third. Each one of them with a different angle, one more about science and computers, the second writing a more deep space sci-fi, and the third with a dystopian darkness of a love story.

All three spoke to me. All three handled subjects that I love. Crazy and fun. Distress and fear. Loneliness and love.

So, from the old timers to these three new authors, I’d like to instate the HeGeMe of Henry/Genao/Mercer.

Because M/M tops it now.


Find this book at: Dreamspinner Press