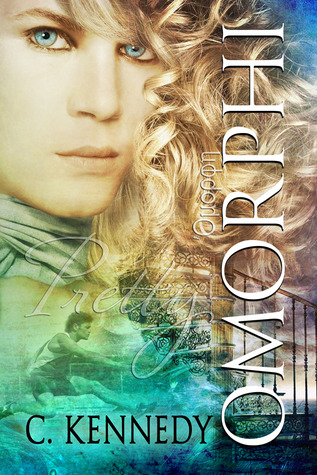 High school senior Michael Sattler leads a charmed life. He’s a star athlete, has great friends, and parents who love him just the way he is. What’s missing from his life is a boyfriend. That’s a problem because he’s out only to his parents and best friend. When Michael accidentally bumps into Christy Castle at school, his life changes in ways he never imagined. Christy is Michael’s dream guy: smart, pretty, and sexy. But nothing could have prepared Michael for what being Christy's boyfriend would entail. Christy needs to heal after years of abuse and knows he needs help to do it. After the death of his notorious father, he leaves his native Greece and settles in upstate New York. Alone, afraid, and left without a voice, Christy hides the myriad scars of his abuse. He desperately wants to be loved and when he meets Michael, he dares to hope that day has arrived. When one of Michael’s team-mates becomes an enemy and an abuser from Christy’s past seeks to return him to a life of slavery, only Michael and Christy's combined strength and unwavering determination can save them from the violence that threatens to destroy their future together.


As you know, I don't write recaps of the story (read the blurb), nor do I fill my reviews with spoilers. This is my experience of the story. My connection to it.

AND WHAT A STORY IT IS.

Christy. You had me, hook, line, and sinker, already when you were sitting up on the bleachers, watching Michael from afar. His #1 Fan.

How somebody can take this subject matter and gently turn it into something so brilliant and elegant, is beyond me. Child abuse, sexual child abuse, in a story that has me cry like a baby and laugh like few books before, without ever even potentially falling into the horrifying trap of exploiting the abuse for the reader's "pleasure"?

Even the (quite tame, young and loving) sex scenes are never graphic nor exploiting. All power is, thanks to Michael, left in Christy's hands, for him to rediscover sexuality, love and discover Mike.

There is the one scene that just killed me dead, when Christy says he is glad that at least Michael is a virgin, and Michael responds:

"You are too. You have never been touched by someone who loved you."

There is so much in this book that just totally rocked. Or had me sitting in the corner, rocking.

The only parts that grated on my sense of correct storytelling were about the slacker security, and while I understand that it was to make the story more interesting, seriously, it just managed to annoy me, and took half a star off my rating.
Nuff said.

One of the most charming characters was to be found on the sidelines: young Lisa. She was a force to be reckoned with, and by god I loved that. More and more intelligent women-side-characters are appearing also in m/m books these days, and I applaud it.

There were people from different continents and several colors in this story, and they all had their own voice. That is quite unusual, so extra kudos for that. (I have no idea if the Greek written in the book was correct, but the Italian could have benefited from a helping hand from a native speaker).

What is great with a story like this is that this was an MC I could really root for. Every step Christy took in the right direction was a screaming victory and I adored him so much for his strength. Even when he froze and walked in the wrong direction. To eventually bolt like a rabbit. God, I screamed for him, rooting so hard.

There is so much understanding about abuse and power play in this story that I am left shattered at the end. But mended, somehow, by the fine example of NEVER GIVING UP ON YOUR FRIENDS.

You stand up for your friends. Every. Single. Time.

And the cover of the book? That is seriously such a perfect image of Christy. I kept closing the book, and looking at the cover for minutes on end.

I received a free ARC from the publisher, Harmony Ink/Dreamspinner Press. A positive review was not promised in return.

Disclaimer: Since reading and reviewing this book the first time in September 2013, I have become friends with the author, who has gifted me with a paperback copy. It is simply beautiful.


Find and buy this book at Harmony Ink/Dreamspinner Press